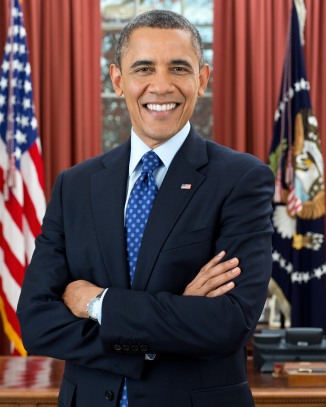 A discussion of PFS used with SSL

PFS, Perfect Forward Secrecy, isn’t a new topic by any means but it has come to the forefront of the privacy vs security debate. This is a good article / overview of web browser and web site support for PFS and why it matters in an SSL World where even your tweets and web searches are now SSL.

PortolioStat is an IT portfolio management process and a decision support toolset to help CIO’s in Federal do better capital planning and infrastructure management while moving towards great shared solutions across the entire portfolio of resources.m-12-10_1

Steven VanRoekel, the Federal CIO issued a memorandum for the heads of executive departments and agencies recommending that Federal Data Center Consolidation become included in the goals and overarching activities of PortfolioStat.

Today, Vivek Kundra, our nation’s first federal Chief Information Officer (CIO) announced that later this summer he will be leaving the post for a fellowship at Harvard University.

When President Obama appointed Vivek Kundra as the first U.S. CIO, he said, “Vivek Kundra will bring a depth of experience in the technology arena and a commitment to lowering the cost of government operations to this position. As Chief Information Officer, he will play a key role in making sure our government is running in the most secure, open, and efficient way possible.”

When he began at the White House, he brought with him the promise of good ideas and a hard-charging style focused on getting things done, necessary qualities to tackle the difficult issues facing Federal IT – an aging infrastructure with rising operating costs, too many major projects failing to deliver, and increasing vulnerability to outside threats. Two and a half years after joining the Administration, Vivek has delivered on that promise.  He has cracked down on wasteful IT spending, saved $3 billion in taxpayer dollars; moved the government to the cloud; strengthened the cybersecurity posture of the nation while making it more open, transparent, and participatory.  His work has been replicated across the world from 16 countries that have deployed the data.gov model to tap into the ingenuity of their people to multiple countries that have deployed the IT dashboard to save money.

I want to congratulate him on his move to Harvard in mid-August to serve as a joint fellow at the Kennedy School and the Berkman Center for Internet and Society.  We are planning for a smooth transition, continuing these remarkable gains in changing the way the Federal government manages IT and Vivek’s impact on cutting waste and making government work better for the American people will continue to be felt well beyond his departure from Federal service.

The question of how many nuclear plants there are in operation all over the World is at the forefront of the minds of many of us in the data center industry. This has a lot to do with where power will be lowest cost and also where the Utility Supply and climate is condusive to building future data centers.

Here is a snippet from the World Nuclear Association:

“There are now over 440 commercial nuclear power reactors operating in 30 countries, with 377,000 MWe of total capacity.

They provide about 14% of the world’s electricity as continuous, reliable base-load power, and their efficiency is increasing.

56 countries operate a total of about 250 research reactors and a further 180 nuclear reactors power some 140 ships and submarines.

In addition to commercial nuclear power plants, there are about 250 research reactors operating, in 56 countries, with more under construction. These have many uses including research and the production of medical and industrial isotopes, as well as for training.”

Here is a table of world nuclear power reactors that shows how many are in each country that are operational now, and ones planned for the future